To practice this grammar topic, take Lesson 34 of Ripeti Con Me!

What does ci mean in Italian?

Pronouns are short words that refer to and replace nouns, usually expressed in a previous sentence or implied in the context.

Think of the English word “it”. “It” might refer to a thing, animal, idea, or concept, like in the examples below:

A: What do you think about my new house?
B: It is really nice!

A: Do you think we should go to see Anna?
B: I think it is a great idea!

Like “it”, ci has a few different uses and meanings.

This lesson focuses on when it refers to previously mentioned places. For example:

Ci as a pronoun referring to places

Ci can refer to a place that was previously mentioned in the sentence or dialogue.

Since we don’t want to repeat the same word, we can just say ci.

In this case, it’s pretty similar to the English word there.

There can be pretty handy if we don’t want to repeat the place that was just mentioned.

A: Quando andate a Roma?
B: Ci andiamo domani

A: When are you going to Rome?
B: We are going there tomorrow.

Are you coming to my party? Yes, I’m coming (to your party).

I don’t want to go to the cinema today, we went there yesterday.

As you can see in the examples above, the word ci goes before the verb, unlike in English.

Where to put ci in a sentence?

However, like all other Italian pronouns, when ci is used with verbs in the infinitive form (i.e.: andare, tornare, etc.), it can be attached to the end of the verb, as follows:

A: Sei mai stato in Italia?
B: No, ma voglio andarci l’anno prossimo.

A: Quando devi tornare in ospedale?
B: Devo tornarci domani.

When can ci go after the verb?

Have a look at the following two possible ways of saying the same thing in this dialogue:

Why are there two ways of saying this?

Because in Italian, in some cases when you have two verbs next to each other, the first will get conjugated (i.e.: voglio) and the second (i.e.: venire) will not.

When a verb is not conjugated it means it is in the infinitive (its base form like mangiare, leggere, dormire).

Whenever a verb is in its infinitive form (i.e.: venire), you can tack on certain pronouns onto the end of it (i.e.: venirci).

Thus, in this specific case, we can have the pronoun either before both verbs or attached to the end of the one that’s in the infinitive.

Having the pronoun at the end of the verb (rather than before) is more similar to English, so it should be easier for you to say it.

Keep in mind, though, that this can only be done in certain situations like in the example above. 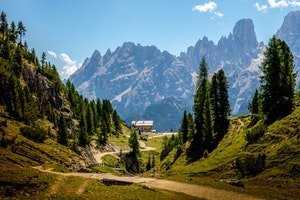 This ci is the same used in the expressions c’è / ci sono, where it usually implies the meaning of “here”, “there”, or “this/that place”, as in the following examples:

There is nobody here.

There are many people here in this restaurant.

Ci in idiomatic phrases with the verb entrare

Ci is used in some common idiomatic phrases together with the verb entrare (= the literal meaning of entrare is to go in, to fit inside).

In this case, “ci” refers to a metaphorical place or situation. These phrases are idioms, so they cannot be translated literally into English.

This has nothing to do with me. (Literally: I do not fit anywhere in this situation.)

What’s this got to do with it? (Literally: What/How does this fit in here?) 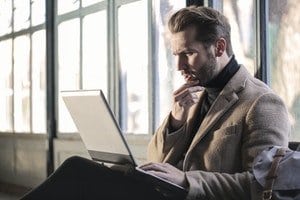 How to use senza che in Italian

What is the most difficult grammar rule in Italian?

How long/Since when: Italian grammar lesson 16

To manage to/to be able to: Italian grammar lesson 185