Italian prepositions: All you need to know

Learning how to use Italian prepositions correctly will make all the difference in the world when it comes to speak like a native speaker.

Prepositions are often tricky to learn, but they are some of the most commonly used Italian words.

What is tricky are not the words themselves, of course, but how to use them and where to place them within the sentence, and they are incredibly important to make sure you get the right meaning across.

In this post, you will find all you need to know about Italian prepositions and how to use them in all kinds of contexts.

Whenever you’re in doubt, just come back here and have a quick read… You’ll learn how to use the correct preposition in no time! 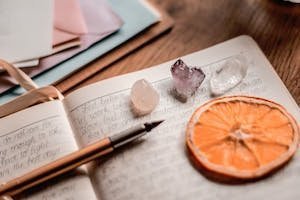 Let’s start from the basics: a preposition is a short word, usually made up of just two or three letters in the Italian language, that explains how the rest of the words in a sentence are connected or related; it basically provides us with context to know how different concepts are linked.

Prepositions can complement an adjective, adverb, verb, noun or pronoun.

What is tricky about Italian prepositions is that they are usually similar to the English prepositions , which is surely helpful to know, but they cannot always be used in the exact same way. 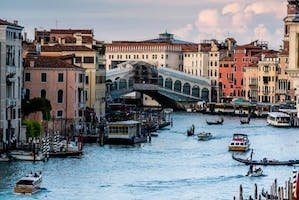 But enough with the introductions, let’s get to it.

The key prepositions are the simple prepositions (preposizioni semplici) are di, a, da, in, con, su, per, tra/fra.

And here are the general English translations for them, just so you have an idea.

Let us now look at each preposition in more detail, with examples of their usage in different Italian sentences.

As we’ve seen, DI can be translated into the English “of” “from”, and “about”. The preposition di is used:

This bag is Eleonora’s.

My shirt is made of cotton.

I am from Rome, where are you from?

On Mondays, I go to a yoga class.

This coffee is much better than that one.

I bought a book by Baricco.

DA can be translated as from / since / by and it is used:

I threw it out the window.

I left from my place.

Today I go for lunch at Michele’s.

I have too much work to finish!

I’ve been studying Italian for 2 years.

This comedy was written by Gogol.

Italian prepositions: IN and A 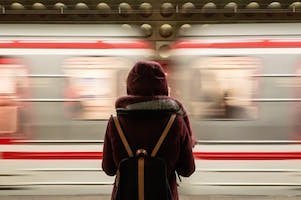 IN is usually translated as “in”, pretty simple! We use it:

I am in France.

Tomorrow we go to Puglia.

Did you come by train or by plane?

I fiori sbocciano in primavera.

I finished the book in just three days.

Domani vado a Milano per lavoro.

Tomorrow I am going to Milan for business.

Shall we go to the seaside this weekend?

Remind me I need to give 10 Euros to Maria.

SU can be translated as “on / above / about” and we use it to indicate:

Your book is on the table.

Yesterday I watched a documentary about Russian history.

CON is the equivalent of “with”. You can use it:

Tonight we’re going to the cinema with my cousin.

I made blackberry juice with the blender.

Italian prepositions: PER and TRA/FRA 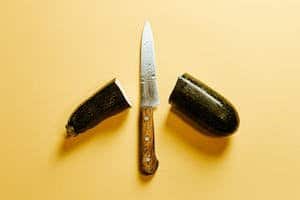 PER is the Italian equivalent of “for”. It is used:

I moved here for work.

We talked for over 2 hours.

My flight goes through Denmark.

Gianluca is leaving for Colombia tomorrow.

TRA and FRA are interchangeable prepositions, they have exactly the same meaning and using one or the other is up to the speaker’s personal preference and stylistic decisions.

My phone fell between the sofa and the dresser.

The concert is in one week’s time.

Tra i due preferisco questo.

I prefer this between the two.

Now that you’ve learned how to use the Italian prepositions in a sentence, there is one more thing to know about them: DI, A, DA, IN and SU can become articulated prepositions (preposizioni articolate) when they are used before a definite article, as you probably have noticed in the examples above.

To form these we simply join the preposition with the definite article we need, so that they become one word (for example, di+il= del; a+le= alle etc.)

Have a look at the Italian preposition chart below, in which you’ll find all the major prepositions in combinations with articles. 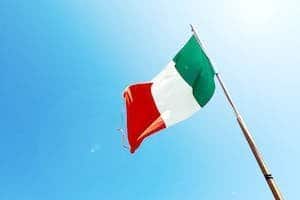 So, today we’ve seen that prepositions are short words that connect and give relative meaning to the concepts within a sentence. They can be tricky to learn, but once you do, you will be closer and closer to sounding like a native Italian speaker.

The main Italian prepositions are di, a, da, in, con, su, per, tra/fra.

Of these, di, a, da, in, and su can join onto articles to become preposizioni articolate. After all, it is not that complicated!

All you need is a bit of practice and you will master Italian prepositions in no time!

How to use “mettersi a”: Italian grammar lesson 157