How to say “half” – metà o mezzo? Italian grammar lesson 66

To practice this grammar topic, take Lesson 66 of Ripeti Con Me!

Mezzo and metà in Italian

If you’ve been studying Italian for a while, you probably heard there are two ways of translating the English word “half” into Italian: mezzo and metà.

I split it in half.

Ludo ate half an apple.

These two words may express the same concept, but they are used differently.

This can be confusing for a non-native speaker, but don’t worry, if you want to know how to use them correctly you’ve come to the right place.

In this lesson, we will look at the difference between mezzo and metà.

Let’s first look at how to say “half” using metà. Metà is a feminine noun, and it is used to describe one of two equal parts something can be divided into.

This word, as with other words that end in –tà, does not have a plural form, so you will still say: due metà (two halves).

Have a look at the examples below to learn how o use metà.

The cake was so good that we already ate half of it.

The two halves are the same, there’s no doubt about it. 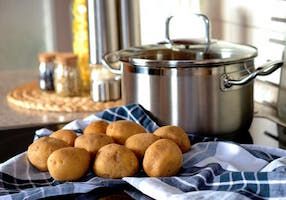 On the other hand, mezzo is an adjective and always accompanies a noun.

I bought half a kilo of potatoes.

I ate half an apple as a snack.

Mezzo is also used in many set expressions,

in the middle of

to get in the way

in the midst of

and compound words like mezzogiorno and mezzanotte (midday, midnight).

Mezzo as an adverb 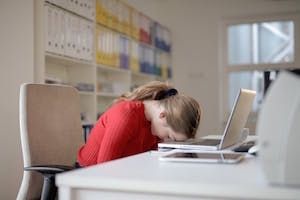 Sometimes, though, mezzo can remain unchanged. This happens when its function within the sentence is that of an adverb and not an adjective.

Remember, an adverb modifies the verb, while an adjective modifies a noun. In this case, mezzo means a metà or per metà (halfway, in half).

In this case, it is advisable to leave it unchanged, but it is not incorrect to match it with the subject:

That woman is half dead.

How to say straight away: Italian grammar lesson 65