To practice this grammar topic, take Lesson 164 of Ripeti Con Me!

“If anything” in Italian: Semmai

Semmai in Italian is a very interesting word and it is used a lot by native speakers… but what does it mean and how should you use it?

As you may have guessed, semmai comes from linking two words: se and mai, and it has two main uses in the Italian language:

As an adverb, it means “if anything”:

Don’t let her go out, if anything, you go to hers.

Don’t judge. If anything, you should try to understand.

Semmai can also be used to introduce a hypothetical sentence, meaning “if ever”. In this case, we can also use the separate words se and mai.

If it ever happens, I will be ready.

It would be good to see you, if you ever decide to pass by.

Did you notice? In this case, as we are introducing a hypothetical sentence, we need to use the subjunctive mood (congiuntivo) with semmai.

It is very important to remember this, as using semmai with the indicative form (indicativo) would be incorrect and sound odd! 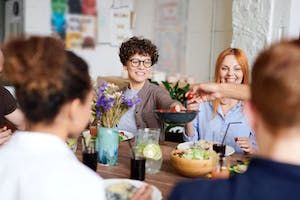 Semmai vs se mai in Italian

As we mentioned above, the word semmai originally comes from 2 words: se (if) and mai (ever).

Both versions (semmai and se mai) are accepted in Italian today, but the linked version (semmai) is more widespread with the meaning of “if anything”:

Don’t judge. If anything, you should try to understand.

While the separate version is more often used to mean “if ever” (which is actually the literal translation of the two words se and mai):

If it ever happens, I will be ready.

It’s a good thing to remember, but do not worry at all about this, as both versions are correct in both meanings. 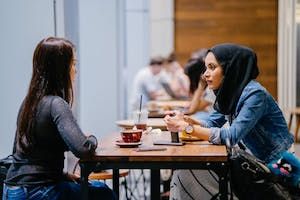 Let’s have a look at some more examples of the use of semmai and se mai in Italian.

Notice that when we use it to introduce a hypothetical sentence we conjugate the following verb in the congiuntivo (subjunctive).

If anything, I’ll come back later.

I am not a capitalist. The opposite, if anything!

I am sure you’d get along well, if you ever decided to go out with him.

A word that is often used together with semmai is anzi (rather).

The Italian past participle

How to say provided that in Italian

How to say “with” and “without”: Italian grammar lesson 14