How long will it take me to master Italian? Find out in 3 minutes!

Are you in a hurry? Find out how long it will take you to reach your target level of Italian with my free calculator.

It only takes 3 minutes!

Just fill out this simple form to find your ideal study schedule and get on the right track.

Can a teenager learn Italian faster?

Sometimes we tend to underestimate the skills of children and teenagers.

Think of a 5-year-old child. They already know and understand thousands of words in their own language without even studying or reading.

Now, imagine how many words a teenager knows in their own language. Add to that a perfect pronunciation.

This type of natural learning that occurs during the early years of life is called language acquisition.

Being an adult and learning a foreign language like a native speaker is very difficult, if not impossible. And this type of learning is called second-language acquisition.

Thus, the younger you are, the easier will be to become fluent in a foreign language.

So yes, generally speaking, a teenager can learn Italian faster than an adult.

Can a teenager become fluent in Italian?

Becoming fluent in Italian depends on so many factors such as:

As you can see above, one of the factors is age.

This means a teenager can definitely become fluent in Italian, but only as long as other conditions are met. 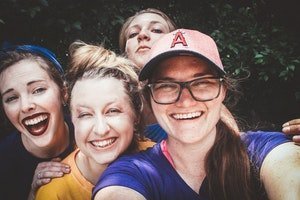 How long will it take a teenager to learn Italian?

We cannot give you an exact answer to this question since it’s very relative.

You need to think of the teenager’s specific case.

Let’s set different scenarios and compare the following three teenagers and try to guess who will learn faster:

Mark is the most likely to learn faster. Why? Because he’s very young, he already speaks two languages, one of which is French which is a Romance language (like Italian).

We cannot say exactly how long it’ll take him to be fluent in Italian, but it probably won’t take him more than a few months, so probably between 6 months to a year.

Now, guess who will take longer to learn Italian, Paula or Caria?

Try to analyze both cases and support your answer with good arguments. 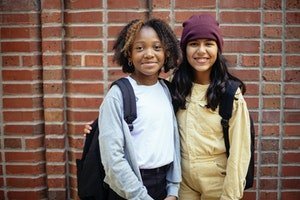