With the loving culture of Italy for its relatives and family members, no wonder various words for family exist in Italian. 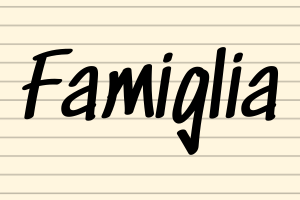 Importance of family in Italian

Today I want to teach you how to say family in Italian and give you a new perspective on the Italian culture and way of life.

As you probably know, family and family traditions are very important to Italians.

Until a few years ago, at least outside the big cities, a normal house was inhabited by several generations living together, from great-grandparents to grandchildren, and the bonds between relatives are still very strong, for better or worse.

Just think of how Italians think back with nostalgia to the Sunday lunches that have become famous overseas.

Some Italian families have been handing down traditions and crafts for centuries, like the Seguso family of Murano, which has been producing blown glass since 1397 AD.

For a long time, being part of a family in Italy meant knowing your past, keeping track of your distant siblings wherever they were, helping each other no matter what, and keeping traditions alive.

Now things are changing a little, but the family still has a very important role in the everyday life of Italians.

With it being so important, you should know how to name it. So here’s how to say family in Italian and how to call all the various family members.

How to say family in Italian

The Italian word for family is famiglia [IPA: /faˈmiʎ.ʎa/]. If you don’t know how to read the phonetic alphabets, let’s say that it can be pronounced: “pha.mee.ya”.

It is a feminine noun and its plural form is famiglie.

Note that gl is not pronounced like an English would do. In Italian, when you find a G before a consonant, it is an indicator of what linguists call consonant lenition. In short words, it means that the G is silent and that the other letter must be weakened. In this case, a weakened L sounds like “yi“. If you want to know some more about that, let me know in the comments or see our lessons about reading and speaking Italian 😉

That is an extremization of how famiglia is pronounced in Southern dialects, and it might sound weird if you use it casually.

And now that you know how to say family in Italian, it’s time to learn how to call every family member. Let’s start. 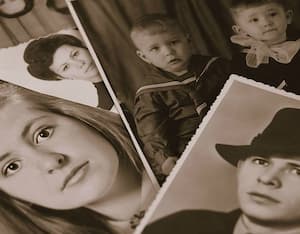 If you want to describe your family in Italian, there are some words you need to learn. When asked about his sibling, an Italian will probably tell you the story of his parents, cousins, uncles and aunts, grandparents, and maybe more. 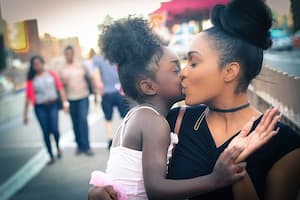 How to say son and daughter in Italian

While in English there are two different words for son and daughter, each with its etymology, Italian people use only one term, which is declined to its masculine or feminine form as needed.

The term is figlio  (son in Italian), which becomes figlia (daughter) when declined in its feminine form.

Does Luca have a son or a daughter? 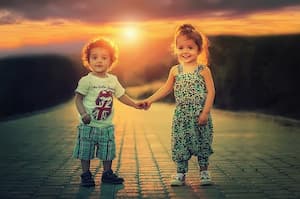 How to say brother and sister in Italian

The Italian word for brother is fratello. It shares the same etymology of its English translation, as both words derive from frater (Latin).

If you read them out loud, you’ll get it clearly. If you want to say sister in Italian, on the other hand, the word you need is sorella.

You might think that sorella and sister share the same origin, like brother and fratello, and you’d be wrong. Sorella derives from the Latin word soror, while sister comes from Old Norse systir.

Pretty weird how these things go, am I right? 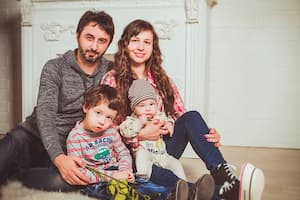 How to say mum and dad in Italian

In many languages, the local word for mom comes from the sound that babies make when they want to suckle milk. This is also true for English and Italian.

Didn’t you start hearing ABBA in your mind as soon as you read it?

If you’ve ever wondered what’s the meaning of Mamma Mia!, the title of their famous song comes from an Italian exclamation of fear or fatigue that means “my mother!” and recalls the act of running to our mothers for help when we were children.

Oh, mamma mia! You scared me!

On the other hand, there is a different situation when it comes to translating dad into Italian.

There are two Italian words for dad. In many regions, people say papà which derives from the French word “papa” and was once used by the sons of wealthier families (see expressions such as ” figlio di papà“, a derogatory name for a rich spoiled kid).

In other regions, instead, people say babbo, which is also used to name Santa Claus (Babbo Natale) 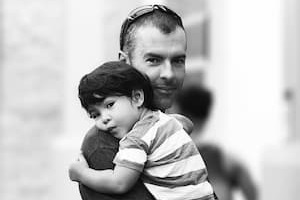 How to say uncle and aunt in Italian

Even if they don’t live in the same house, uncles and aunts are important figures in the lives of many young Italians.

Similar to parents, they are adult reference figures ready to help you with their experience, but they don’t have to set an example and can buy you a beer.

Zio can also be used with one’s friends in a similar way to “dude”. In some regions it is not rare to hear young people greet each other by saying: 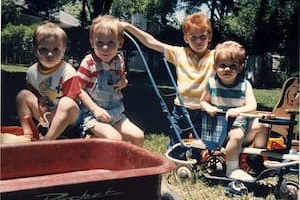 How to say cousin in Italian

If you’re the same age, cousins are often your first playmates. Later in life, they become a valuable ally for having fun at family gatherings.

If you want to say cousin in Italian, the word you should use is cugino. 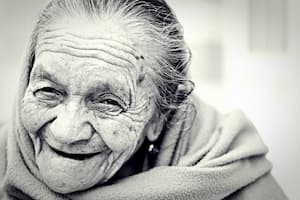 How to say grandma and grandpa in Italian

Grandparents are the most important members of the family.

They take care of young grandchildren while their parents work and give them their first pocket money, sew up torn clothes, pass on local traditions… and are often the family’s favorite cooks.

To say grandma in Italian, the correct word is nonna. Grandpa, on the other hand, translates to nonno. 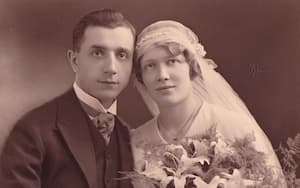 So, before finishing this lesson on how to describe a family in Italian, it’s time to explain how to call these family members in Italian.

As in English, the difference between grandparent and great-grandparent is the beginning of the word: nonno and nonna become respectively bisnonno and bisnonna.

In some cases, you might see them translated as bisavolo and bisavola, but these terms are now obsolete.

“Bis-” comes from Latin and means “twice”. The reason it is used in these words is simple: a great-grandparent is someone who has become a grandparent twice.

By the same principle, great-great-grandparents are called trisavolo and trisavola. 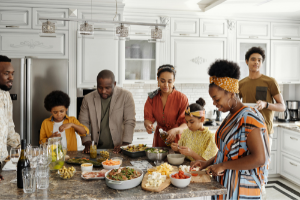 The lesson is over

Now you know all the words you need to talk about your family in Italian.

You learned that family translates to famiglia and you can name any of your close siblings, which will come in handy if you are preparing for Italian A1 tests.

Also, I hope I have made you understand what it means to be in a family for the Italian culture.

If you have any questions, you can ask me in the comments and I will get back to you asap. See you soon!

Overcome your barriers
Find out what's holding you back from becoming fluent with my free checklist!
DOWNLOAD
Free Checklist 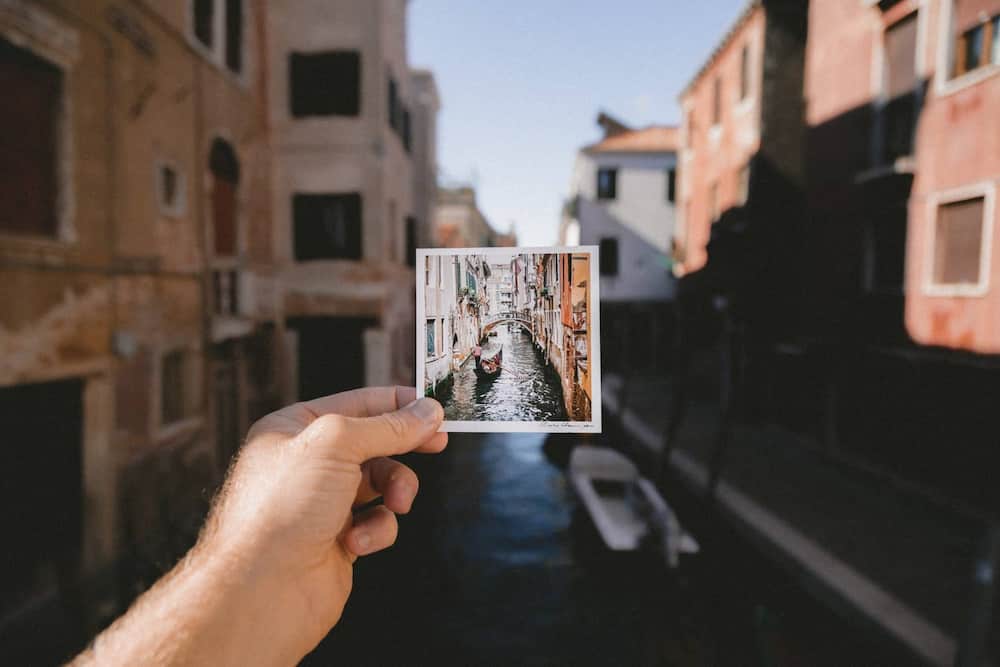 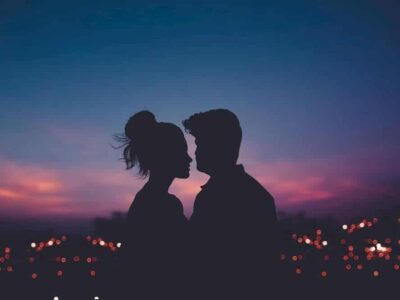 22 Lovely Ways to Say I Love You in Italian 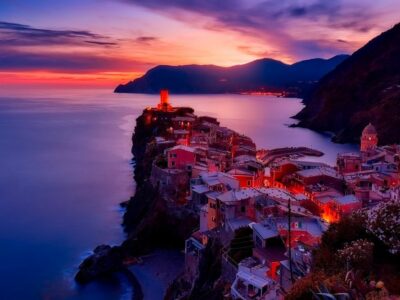 How to say straight away: Italian grammar lesson 65 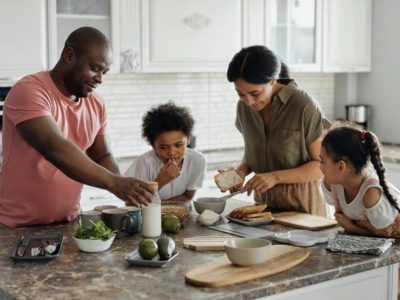 The Italian gerund: present
How long to fluency?